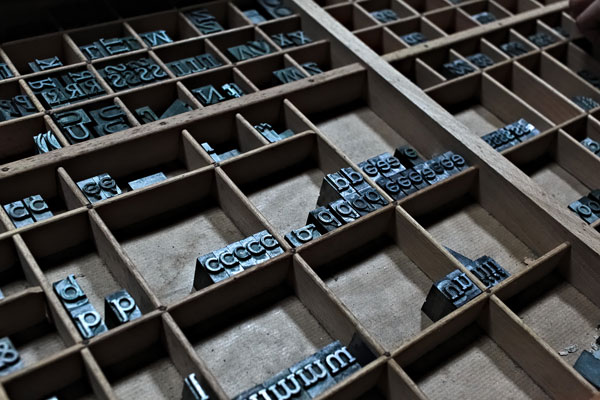 The usefulness of the good old newspaper has taken a tragic decline in the last decade, so much so it’s rarely even found coddling your fish and chips. Just to be clear this isn’t going to be a story with a fairytale ending of ‘happily ever after’, but it may create some hope for the printed pieces we have long taken for granted.

The early part of this century saw newspaper circulations drop through the floor. Cash cow advertising revenues fell 35% across 2015 and 2016. The Independent ceased its print due to a staggering 94% drop in sales from its peak in the 1980s. In short it has never looked more bleak for newspapers. Their decline linked inextricably to the rise of internet, the speed of reporting being blitzed by the instant news hit afforded us by smart devices. Many have moved on-line in an attempt to keep up with the times (no pun intended), but they still struggle.

Adding insult to injury however, UBI research in 2017 found that readers in the UK trusted the written press least of any European country by a considerable margin. Admittedly the paps more than likely haven’t helped this at all, but this isn’t a press bashing piece…yet!

The original British broadsheet newspapers were actually borne from a want to avoid a 1712 tax on newspapers based on the number of their pages. Laughably it was figured that one large sheet, simply folded down did just as good a job. By happy coincidence size mattered in those days and the larger the format, the bigger and bolder the status the publication held in readers eyes so, the broadsheet stuck around.

Being expensive in those times, they were somewhat coveted items, often passed along or ‘loaned’ in coffee houses as the more modest individual simply couldn’t afford them. As the only thin but essential connection to a wider world of news, they were highly valued for many days or even weeks after publication.

The 19th and 20th centuries saw the advancement of literacy and increased mechanical production of newspapers. The demand for visual reporting and a proliferation of journalists led to both a huge increase in the number of competing publications and the inevitable blending of newspaper formats. This essentially created the modern broadsheet newspaper we know today.

But what a difference a couple of centuries made. The realisation that advertising could be an easy boost to revenues has sadly been their biggest downfall. Poor writing, syndication and cheap advertising has dragged the quality of the average newspaper way down to a point where some are virtually half promotional material, the rest is purely filler.

The question is why don’t we really value the printed word any more? Is it because it is so easily created and as research shows has had so little value and credibility? As little as 75 years ago, it was a laborious process to create a newspaper, typesetting each word with lead letters. It took a lot of time and skill to create a single page. Now with a no less skilful Mac operator, a whole page can be designed, set, proofed and sent ready for press within an hour. But it is almost at the point where the printed word has become disposable, which is quite a tragedy.

However there is hope. There is a resurgence of micro publications, independent and solo publishers across the world who can see that the public strive to read well written, engaging content. But what is refreshing is that the subject matter is now broader, much freer than ever before. It is apolitical and part of a multi cultural world that is creating a multi cultural print revolution, tapping in to a new world of news and views.

As part of the revolution this week Hamburg hosts ‘Indiecon’ an annual publishing festival that will bring together over 80 new and upcoming publications from across the globe. The event’s ethos is to keep the creative and cultural exchange of information going and quite literally ‘spread the word’. Now this sounds like something we can all get behind. What the event strives to do is nurture these publications, bringing them straight to us, the good old public.

So when you’ve grown tired of the tabloid gossip and the broadsheet politics is testing your mettle, seek out a bit of mental and sensory stimulation or even transport yourself to another continent in one of the smaller, quirkier printed publications. Enjoy the touch of the newsprint, the smell of the ink and choose to make print count for a change.